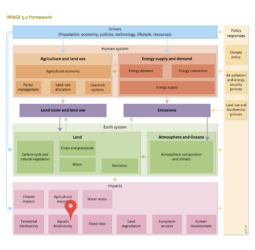 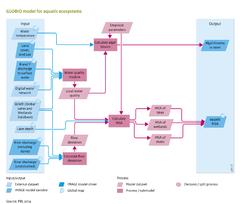 The GLOBIO model for aquatic ecosystems simulates average biodiversity intactness (MSA) in freshwater biomes under different baseline assumptions (assuming no new policies). Considerable decline in MSA is projected for most regions, and will continue throughout the 2010–2050 period, particularly in Africa (PBL, 2010; PBL, 2012); see the figure below. The simulated declines are likely to be underestimated because the effects of wetland reclamation and future planned river dams and climate change have not yet been included in these projections. Algal bloom in lakes due to eutrophication with phosphorus and nitrogen will also increase. 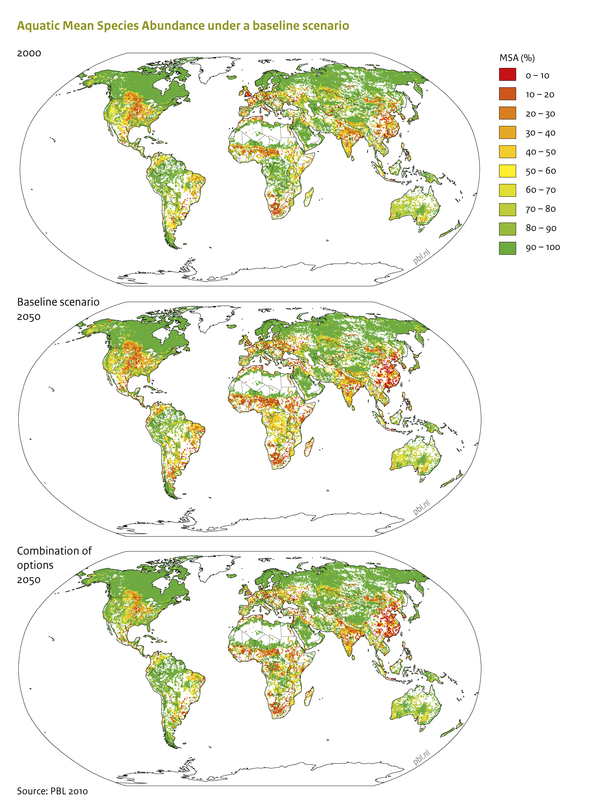 In a baseline scenario, aquatic biodiversity is projected to decrease further.

Decline in MSA value of future aquatic biodiversity can be prevented using a combination of options. These options include expansion of protected areas, reduction of agricultural area by means of consumption changes and reduced food losses, increase in agricultural productivity, and improved efficiency of nutrient use while reducing emissions. IMAGE calculations show this combination of options may even induce some recovery of biodiversity already lost in selected locations: increasing MSA), see the figure above). This may be counteracted by the effects of climate change (Mooij et al., 2005; Jeppesen et al., 2009). With respect to agricultural intensification, there may be a trade-off between increased biodiversity loss on local scale and decreased loss on catchment scale. 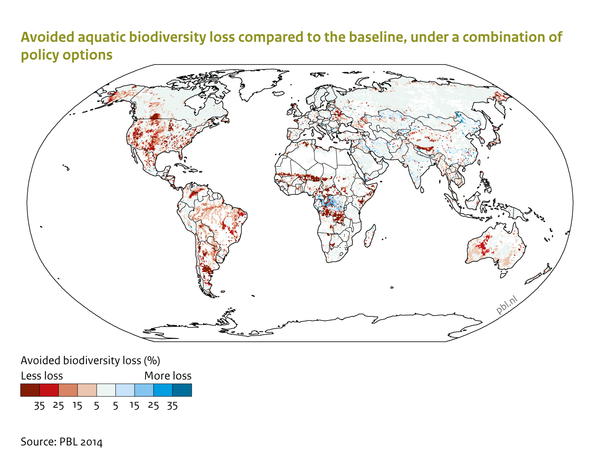 A set of ambitious policy options could reduce aquatic biodiversity loss compared to a baseline scenario.

(*) Implemented in this component.
Retrieved from "https://models.pbl.nl/image/index.php?title=Aquatic_biodiversity/Policy_issues&oldid=33476"
Category: