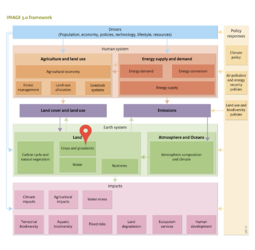 Parts of Crops and grass 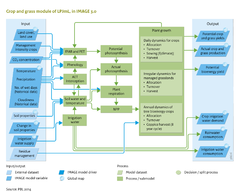 Flowchart Crops and grass. See also the Input/Output Table on the introduction page.

Remark on Input/Output Table below: The LPJmL module on crop growth directly interacts with the modules on terrestrial carbon and water cycles; as they are all an integral part of the LPJmL model, sharing the same soil and water balance processes, the distinction in different modules is somewhat artificial.