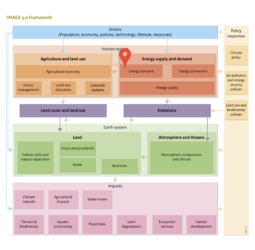 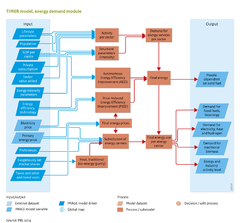 Some sectors are represented in a generic way as shown here, the sectors transport, residential and heavy industry are modelled in specific modules.

The model shows that under a typical baseline scenario such as the one of the Rio+20 study, energy demand is projected to grow significantly during the 21st century. Most growth will be driven by an increase in energy use in low-income countries. Per capita use in high-income countries is projected to remain more or less constant, consistent with recent historical trends. The increase in energy demand in the first half of the century will be mostly met by fossil fuels and electricity. In this model simulation, hydrogen becomes competitive in the transport sector in the second half of the century, as a result of increasing oil prices and the assumed progress in hydrogen technologies. An alternative assumption could result in a similar role for electricity. 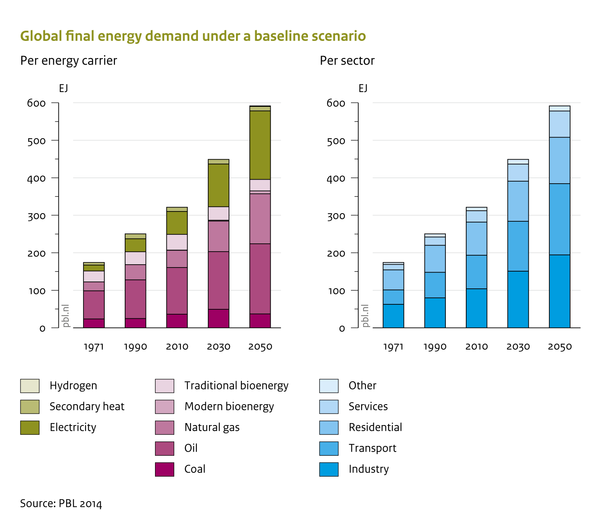 Between 2010 and 2050 energy demand for transport and industry, and for natural gas and electricity contribute most to the overall increase.

(*) Implemented in this component.
Retrieved from "https://models.pbl.nl/image/index.php?title=Energy_demand/Policy_issues&oldid=36047"
Category: