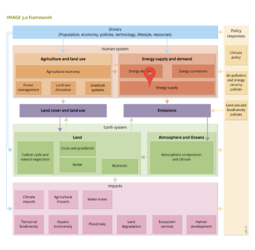 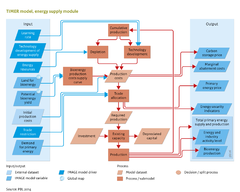 Under the baseline scenario, demand for energy increases rapidly, and as a consequence, supply is projected to increase in the coming decades for all energy supply options. Energy demand is, however, mostly met by fossil fuels: coal increases in production for most regions; oil also increases and moves to unconventional sources from Canada and South America; natural gas is expected to rise faster in production because it is presumed to be more abundant and increasingly cost competitive, with unconventional sources becoming increasingly important. Main gas producers are the United States, the former Soviet Union and increasingly the Middle East.

Production of modern bio-energy is constantly increasing in different parts of the world. For solar and wind, the most rapid increase so far has been in western Europe, the United States, and China. In the future, parts of South America and India are expected to produce large amounts of renewable energy. Nuclear power is expected to remain roughly at the same level, and uranium production to remain more or less stable and rather evenly distributed across world regions. Finally, hydropower capacity shows a modest increase under the baseline scenario with large remaining potential is Asia, South America, and Africa. 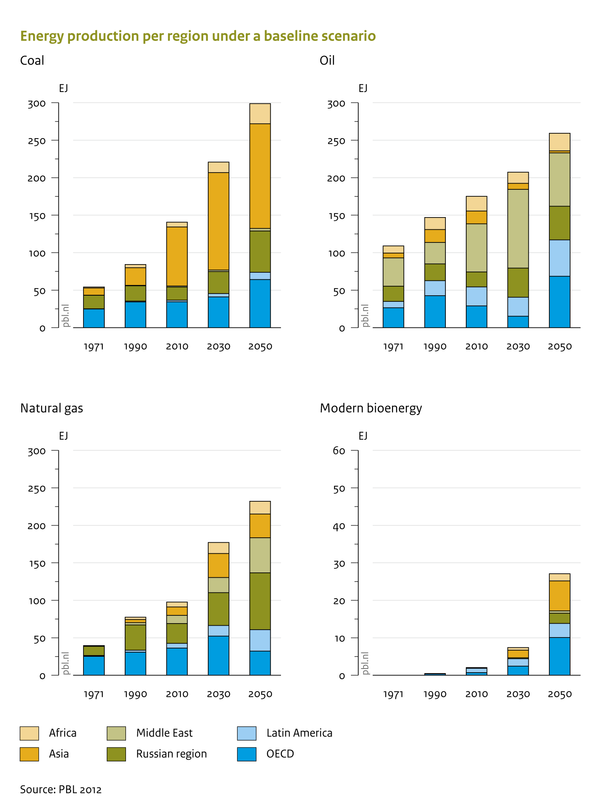 Over time the share of most important energy producers for different forms of energy changes. This has implications for energy security.

The model can simulate various policies on the supply side:

The influence of stringent climate policy on production of primary energy resources is shown in the figure below. Climate policy leads to a major shift from a system mostly based on fossil fuels to an increase in the use of nuclear power, renewable energy, bio-energy and CCS technology. The choice of these alternative options depends on assumptions made in the model, as shown in the scenarios in the study Roads from Rio+20 (PBL, 2012). Three pathways based on different initial assumptions emphasizes different combinations of primary energy carriers, each time within a stringent emission constraint. 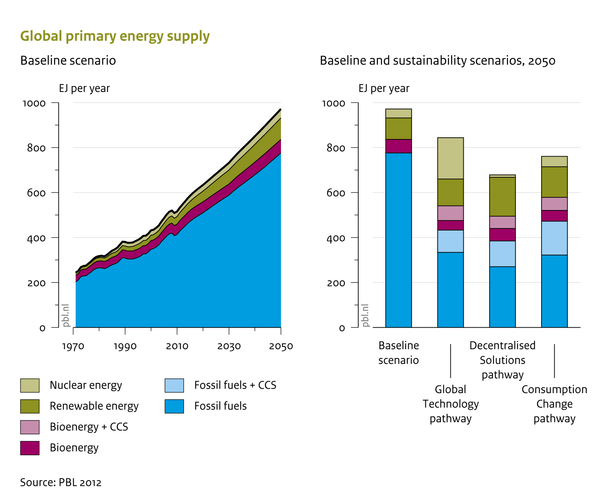 (*) Implemented in this component.
Retrieved from "https://models.pbl.nl/image/index.php?title=Energy_supply/Policy_issues&oldid=36634"
Category: