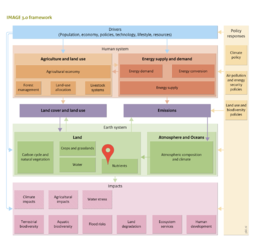 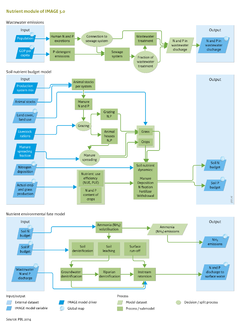 Under baseline scenarios of IMAGE-GNM, N surpluses generally increase. For example, in the Rio+20 baseline scenario, the N surplus increases by 35% globally in the period 2002-2050 (the figure below). This is the result of decreasing trends in North America, Western Europe and Japan as a result of increasing nutrient use efficiency, and stabilisation in India. In all other regions, N surpluses increase, particularly in Sub-Saharan Africa and Southeastern Asia as a result of increasing fertilizer use to halt soil nutrient depletion (the figure below). The situation is similar for P, with large increases in developing countries. 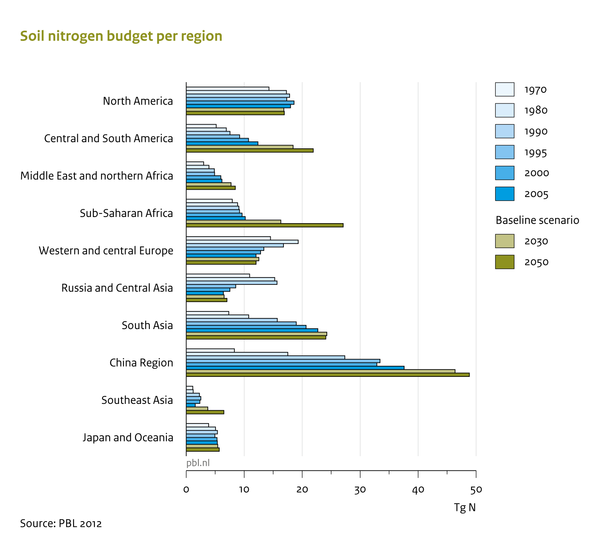 The nitrogen soil budgets in Northern America, Europe, Russia and Central Asia, Japan and Oceania are stable or decreasing after 2005, they are projected to strongly increase in many other regions in a baseline scenario.

The IMAGE soil nutrient model includes options to reduce nutrient surpluses in agriculture or nutrients in wastewater, and strategies to improve resource use efficiency. Wastewater strategies that can be assessed with tools available in the nutrient model of IMAGE include:

IMAGE also addresses strategies for reducing nutrient surpluses in agriculture, including the five options illustrated in the figure below:

Extensification, increased feed efficiency and reduced ammonia emissions from stables (cases EX, FE and ST) have minor effects on the global soil N budget (the figure below). However, better integration of animal manure in crop production systems (IM), primarily in industrialised countries, and a change in the human diet with poultry replacing ruminant meat (DI) would have major effects on the global soil N budget.

Other options that can be assessed using scenario variables from other parts of IMAGE include: 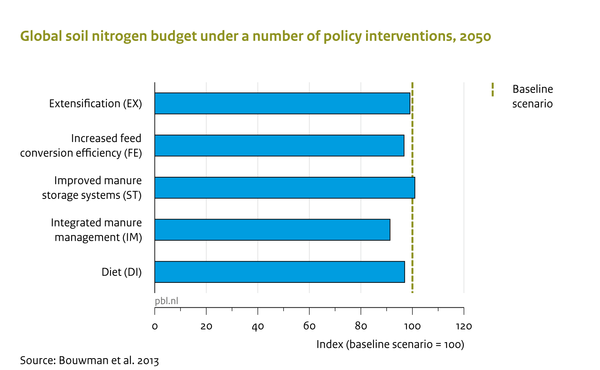 Several policy interventions can lead to a reduction in the global soil nitrogen budget compared to a baseline scenario (Bouwman et al., 2013c).

(*) Implemented in this component.
Retrieved from "https://models.pbl.nl/image/index.php?title=Nutrients/Policy_issues&oldid=33611"
Category: