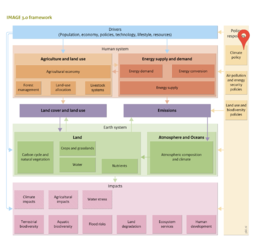 The FAIR Policy Evaluation module has been used in determining emission reductions resulting from pledges made for 2020 (Den Elzen et al., 2012c). In 2011, Brazil presented a new, higher estimate for national business-as-usual (BAU) emissions, against which a 36 to 39% reduction pledge was made. The total pledge for all greenhouse gas emissions including emissions from deforestation was a reduction of 20 to 24% compared to the PBL/IIASA BAU emission projections. This reduction is substantially lower than pledged by Brazil from national BAU projections .

As shown in the figure below, all reductions result from reduced emissions from deforestation (REDD). The contributions from REDD projects (about 560 MtCO2) are expected to exceed or match the required total reduction in all greenhouse gas emissions of 470 and 570 Mt CO2eq for the 36% and 39% reduction pledge scenarios. 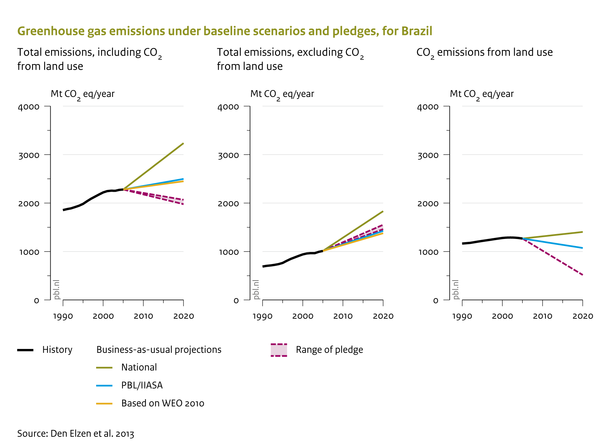 The Global Pathfinder module FAIR-SiMCaP was used to determine what the pledges for 2020 imply for global emission pathways consistent with meeting the 2 °C target (Van Vliet et al., 2012). The main findings were as follows (see also the figure below): 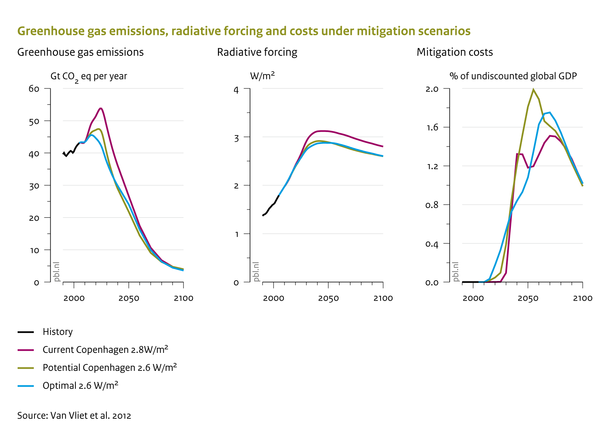 Scenario results describing emission pathways representing optimal and delayed policy action (Copenhagen pledges) in 2020, in terms of CO2 emission (including land use), associated radiative forcing (including all gases and aerosol forcing), and global mitigation costs (as percentage of GDP).